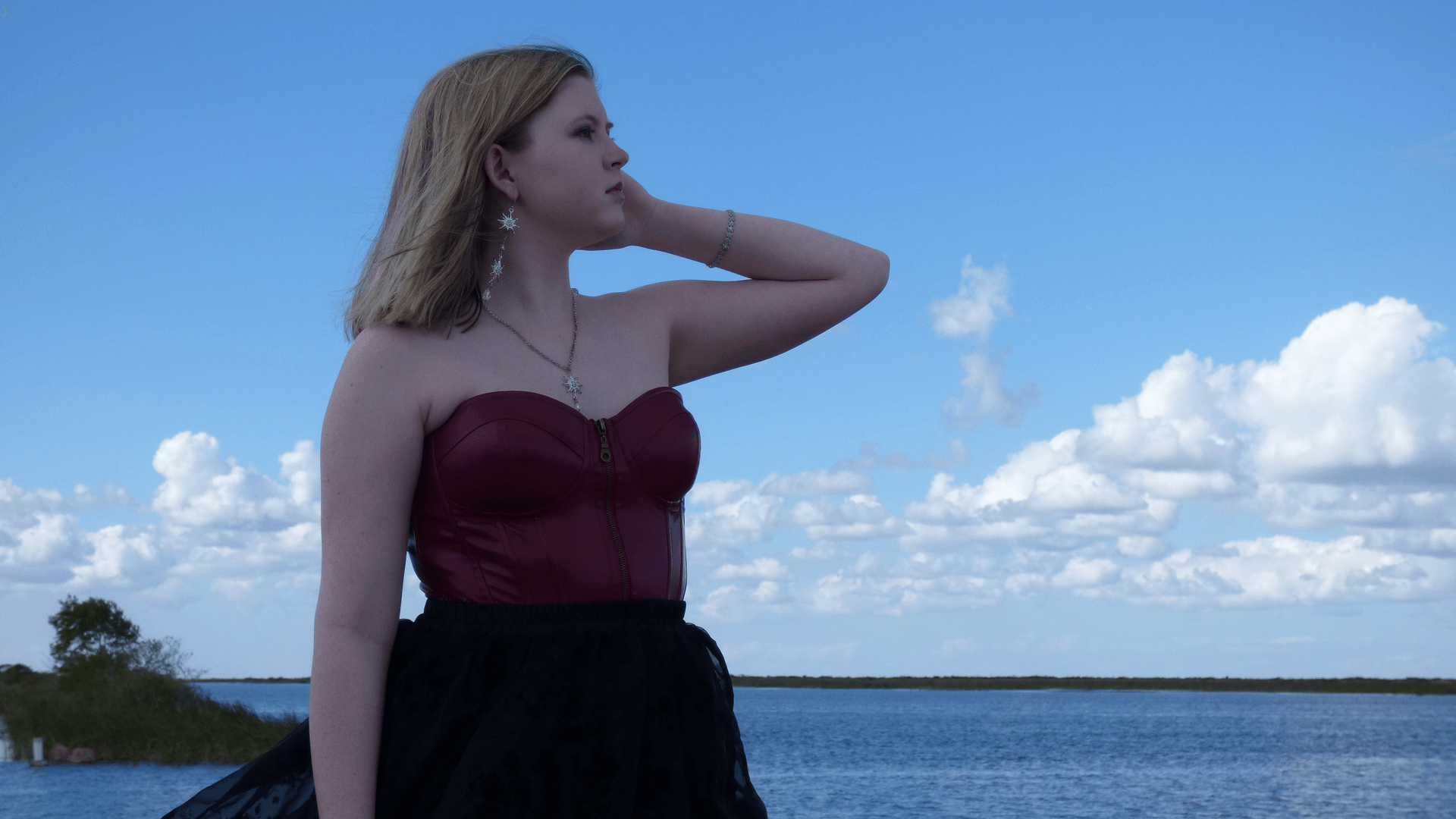 Hailey Ezzell is an up-and-coming singer/songwriter who has been a part of the South Florida music scene since she was 15 years old. Hailey realized that she wanted to become a professional musician in Sixth Grade, shortly after she discovered 70s and 80s rock. Since then, she has become fully immersed in music of all kinds from the past sixty years, though she still has a special attachment to the 70s and 80s rock that started her on this journey.

Hailey has participated in a multitude of county and state-wide singing conferences over the years and in the Eleventh Grade, she won her school’s singing competition. Not only is Hailey an accomplished singer, she can also play five instruments and she intends to learn more. Whether she is rocking out on the piano, enchanting audiences with her three octave range, dancing through the crowd, or using her signature dry wit during a show, Hailey has an energy and charisma that is as infectious as it is charming.

Hailey’s influences range from Styx to Halestorm, and include the likes of Steely Dan, the Eagles, the Barenaked Ladies, Evanescence, Fleetwood Mac, Guns N’ Roses, and more. She is also heavily influenced by the musical The Phantom of the Opera and would like to perform the role of Christine someday.

While she used to run karaoke shows at the age of 18, Hailey can now primarily be found around the SoFla music scene with her 80s rock band, Stone Lace, or her father-daughter duo project, Sentimental Street. Outside of the music scene, Hailey can be found at the Florida Atlantic University Honors College, where she spends most of her free time writing song lyrics and introducing her roommates to new and obscure music.